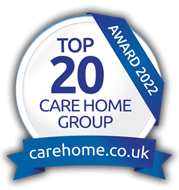 Eastcote Park luxury retirement village is in a class of its own. Boasting 34 deluxe apartments that offer independent and assisted living, superior amenities, and a first-class care home; Eastcote Park redefines later-life living for the Midlands.

Situated in a leafy lane on the outskirts of the enduringly popular town of Solihull, it is easily accessible from the A41 and A452. The M42 and M40 offer rapid links to London, and the West Midlands motorway network means the North and South of the country are easily accessible. Solihull railway station connects the town centre to key destinations such as Birmingham, London and Stratford-upon-Avon.

Take a Tour of Eastcote Park

Our stunning two-bedroom retirement apartments combine independent and assisted living with effortless comfort and peace of mind for the discerning retiree. Each luxury apartment at Eastcote Park features generously sized living spaces with stunning fitted kitchens, bedrooms and bathrooms, all of which are made using the finest materials.

With a range of superior facilities onsite and a wealth of culture and pursuits to explore nearby in Solihull, there is plenty to enjoy retirement at Eastcote Park.

Eastcote Park care home provides skilled residential care, dementia care and respite care in a stunning environment that is filled with compassion and understanding. The person-centred care provided by our dedicated team sets Eastcote Park apart and gives reassurance that your loved one is in safe hands.

For further information about Eastcote Park Retirement Village or to request a brochure, please get in touch.